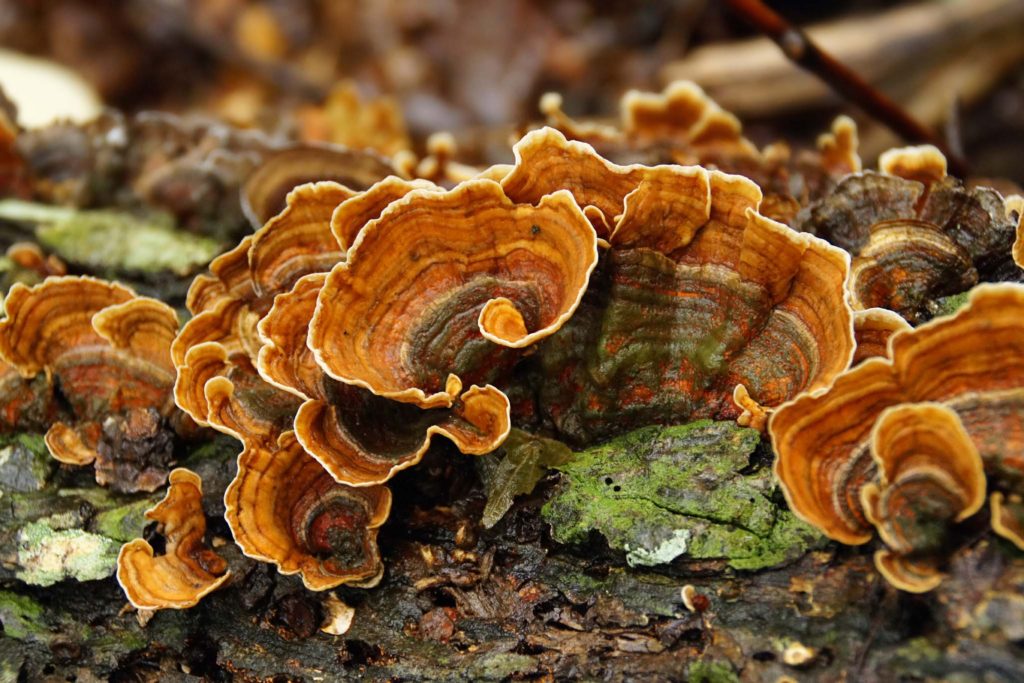 Coriolus versiciolor is one of the most clinically studied botanical in the world with over 400 studies from reputable institutions like MD Anderson, Memorial Sloan-Kettering, Queensland University of Technology and the likes. It’s recorded usage in history dates back to mid 1300’s during the Ming dynasty in China. Furthermore, yunzhi has been used for its health benefits by the Chinese for thousands of years. In Japan, it’s referred to as cloud mushroom and looked at as a symbol of longevity, health, spiritual attunement and infinity.

Research has shown that this particular mushroom has many curative properties which can help improve your overall well being.

How Does It Work?

The turkey tail mushroom has two elements: polysaccharide peptide (PSP) and polysaccharide-K (PSK, Krestin). The two elements contain the properties necessary for modulating and as well as boosting one’s immune system. With a strong immune system, the person would be able to fight off many illnesses. Many research papers and clinical studies by highly reputable universities and medical institutions around the world are available on PSP and PSK with very encouraging results. 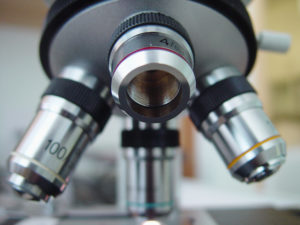 In 1970s, Japanese scientists researched on Coriolus versicolor employing modern technology, and successfully extracted a PSK from the CM-101 strain of turkey tail mushroom. Furthermore, they used only the deep-layer-cultivated mycelia of the mushroom. The extraction method used was mycelium salting out with ammonium sulphate.

The medicinal ingredients of PSK include protein bound polysaccharides, average molecular wt. 1x 105 Da. The polysaccharides are formed from many monosaccharides containing alpha-1,4 and beta-1,3 glycoside linkage. Peptide mainly consists of aspartic and glutamic acids. Polysaccharides do not contain arabinose and rhamnose, but contain fucose.

PSP is derived from yunzhi, strain Cov-1 and is discovered in 1980s by Chinese scientist Dr. Yang. Like PSK, PSP also only uses deep-layer-cultivated mycelia. However, to produce PSP, Dr. Yang adopted an intracellular extraction, then alcohol precipitation to get the final ingredients.

Where Can You Find It

Do not fret! We are not about to ask you to go into the forest and collect the turkey tail mushroom. In fact, there are well over 100 stains of Coriolus versicolor mushroom and their properties vary dramatically. Furthermore, the properties vary even with different phase of the mushroom’s lifecycle. Also, the extraction techniques after harvesting play a critical role as well. Thanks to modern science, you can get it right here at the click of a button. Mushroom Remedy provides you with the best and most effective mushroom supplements on the market. Our PRO-IMMUNE GOLD contains both PSP and PSK for maximum benefit. 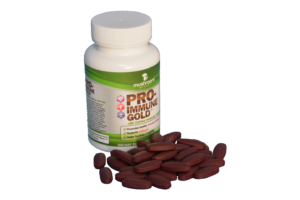 Mushroom Remedy manufactures all its products in the United States in an FDA approved, CGMP certified facility. In addition, all Mushroom Remedy products are 100% Natural, 100% Vegan, NON-GMO and Gluten Free.

The immense benefits of our mushroom immune supplement are undeniable. Therefore, don’t delay! Click here to start your journey to immune wellness. You will not regret it. 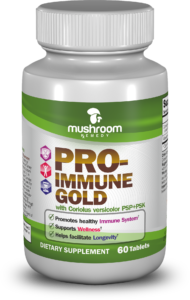